Prague was amazing. We had perfect weather too - it was in the 40s and 50s the whole time, and sunny. It was good to just...put everything down and just enjoy it. We had a few mishaps getting there (the map we had for Prague was just for the walking district/downtown area, not for driving into the city, plus no GPS because we use our phones for that and didn't want to use international data) but we made it safe. We walked around that first night without a camera because it was already dark and we just wanted to enjoy. We wandered from about 6 pm until 9, when we realized that we needed to get some dinner and went to a Kobe Sushi and Grill. Not very Czech food, but then again we live in Germany and the foods are about the same. The Kobe was AWESOME - I had Sushi Menu 1 (8 California , 6 salmon, and 6 octopus rolls) and my husband had the Filet Mignon. He said it was just about the best steak he's ever had. The sushi was fantastic - I had a bad sushi experience a while back and this was my first time eating it since then and it truly was wonderful. I loved everything about it. We also had the Chocolate Cream Cake and the white cream cake (don't remember what it was called) but they were also amazing.

Saturday morning I woke up to this view out of the hotel room window: 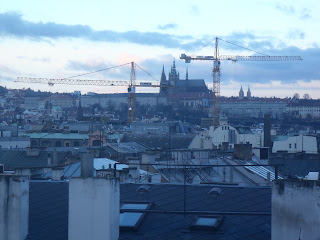 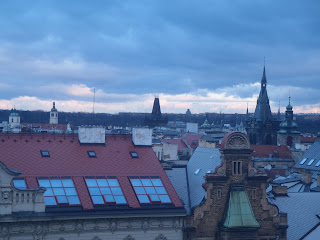 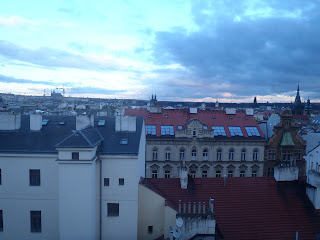 Pretty amazing, huh? The camera went with us on Saturday, and it was a beautiful day to have it. We walked around for (we estimate) 18 miles on Saturday - 9 hours straight of walking, with only breaks at mealtimes.

This is only a selection of the pictures we took (after all, I can't really show you all 105 pictures that we took between Saturday and Sunday!), but I love them all.

These are the prettiest bars over a window I've ever seen, and they look rather quilty to me: 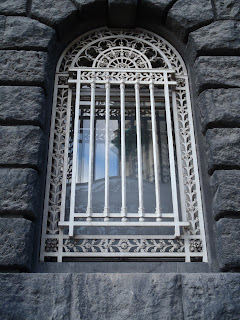 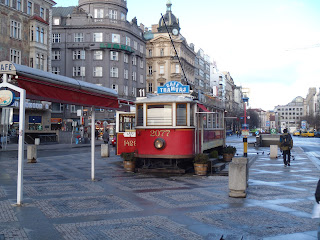 Even the manhole covers were pretty! 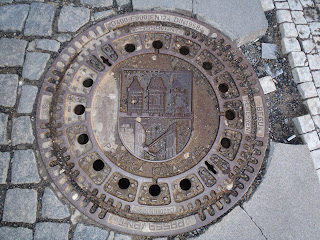 This poor guy couldn't catch a break - I found him in a dumpster. Poor knight! 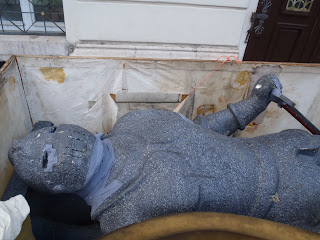 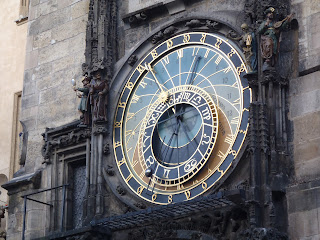 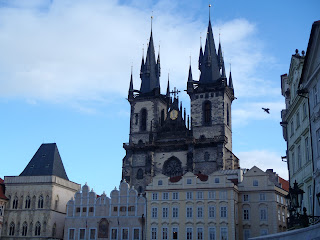 This is what happens when the astronomical clock tower strikes the hour - these guys come out to say hi, and then the trumpeter sticks his head out of the top on all sides and plays a little tune: 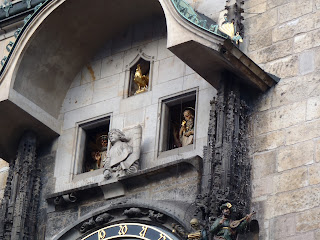 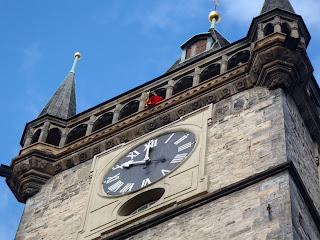 The entrance to the Charles Bridge: 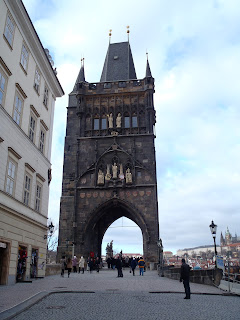 I felt bad for this statue lady, to suffer the indignity of having a gull standing on her head: 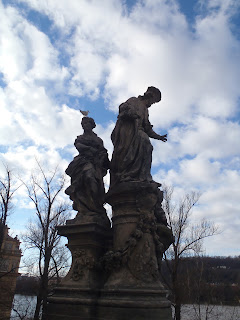 I'm not sure why I love this picture so much...the only way I can describe it is that I feel the picture. Does that sound weird? Maybe the repetition of the windows is appealing, or...I don't know...but I love it. 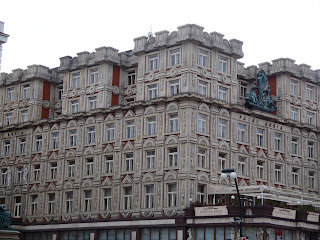 View from the palace on top of the hill at night: 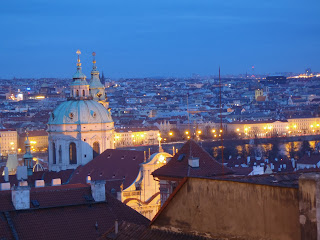 LOVE the color combination, the detail on the building, and how it just glows: 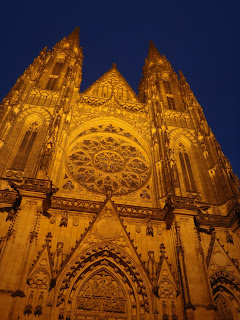 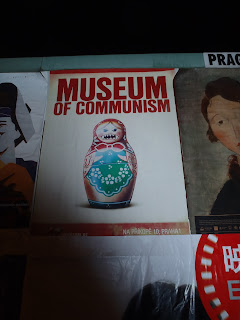 Creepy marionette stores were everywhere. I could just imagine those little guys grabbing you as you try to leave...ugh. 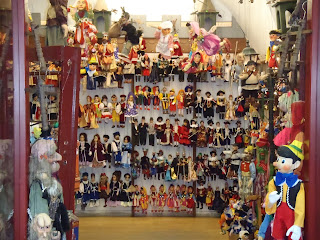 View of the square, with my future house (haha): 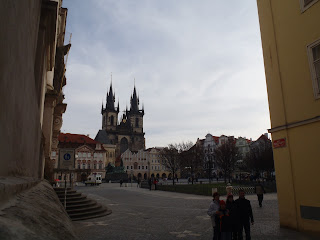 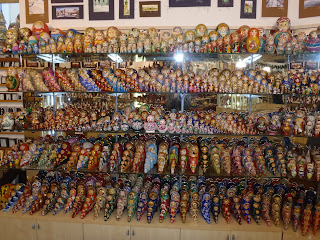 A dementor escaped from Azkaban! 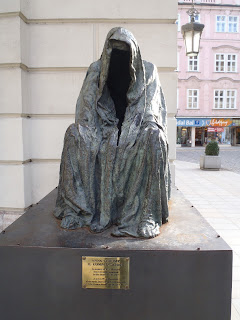 And finally, proof that I got over my biggest food aversion: food that looks back at you. Meet Carlos the Crawfish and Karlov the trout. 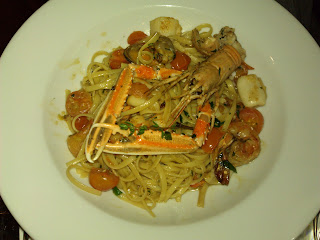 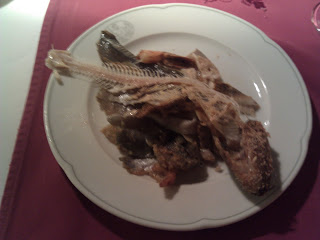 All in all, the trip to Prague was awesome. It's a beautiful city, we had beautiful weather, and walked well over 20 miles in one weekend. We were both sore and tired by the end, but made it out alive. We had fun, only spent money on food, lodging, admission to the Jewish Synagogues, and tickets to a show at one of the several Black Light Theaters (we saw Faust, and it was bizarre and mind-bending knowing that there were multiple people on stage that we legitimately could not see, even if we wanted to). No knick-knacks, just a lot of window shopping. We got to go into a Cartier, Gucci, Prada, etc. in the fashionable shopping district. And my hubby and I both agreed that while the stuff was nice, it really was no different than cheaper but still good quality stuff you can get at the less expensive places. So in the end, Prague was awesome. And I hope you enjoyed my pictures as much as I enjoyed taking them!
Posted by Emma at 21:13